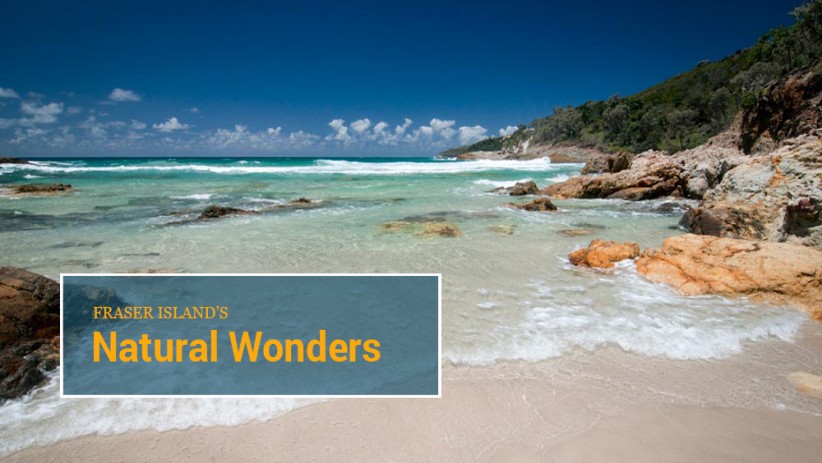 Bupa Overseas Student Health Cover has referenced Australian Sunset Safaris' 4WD adventures in an article on the most Insta-worthy destinations Down Under. While we host plenty of experiences as diverse as illuminated night kayaking on Moreton Island and trips to the Southern Great Barrier Reef, it's our tours around Fraser Island that have excited the insurance company.

Fraser Island is, without a doubt, one of the most photogenic places in Australia. This tourist haven is incredibly diverse, with plenty of contrasting environments emerging in a relatively small space. The landscape ranges from wild coastline to deep rainforest, with plenty of wildlife – whether land or marine based – to observe along the way. The purest dingo in the world calls Fraser Island its home, as Bupa Overseas Student Health Cover mentions in its article, and they roam around at their own accord, giving plenty of chances for taking great pictures. Also, be sure to look out for the enormous white-bellied sea eagles and brahminy kites, which can be seen from the island's beaches, along with whales, dolphins, turtles and rays.

But the best place to capture an incredible scene? Lake Allom is home to hundreds of small lake turtles that will swim towards your camera so you can take a really great photo.

As for the coast, it's very varied. You'll be able to take in the rocky outcrops, mineral sand enclaves such as The Pinnacles or Red Canyon, and the Maheno Wreck, which is the rusty skeleton of a ship. Then it's time to go inland and see the bright green Lake Wabby contrasting against its desert-like background, or Lake Birrabeen, the quieter but just as beautiful, little sister of the better-known Lake Mackenzie.
Of course, there's also the rainforest, where giant and ancient trees, minute fungi and intriguing insects vie for your camera's attention. Whichever part of Fraser Island you visit, you're sure to come away with an enviable Instagram feed.