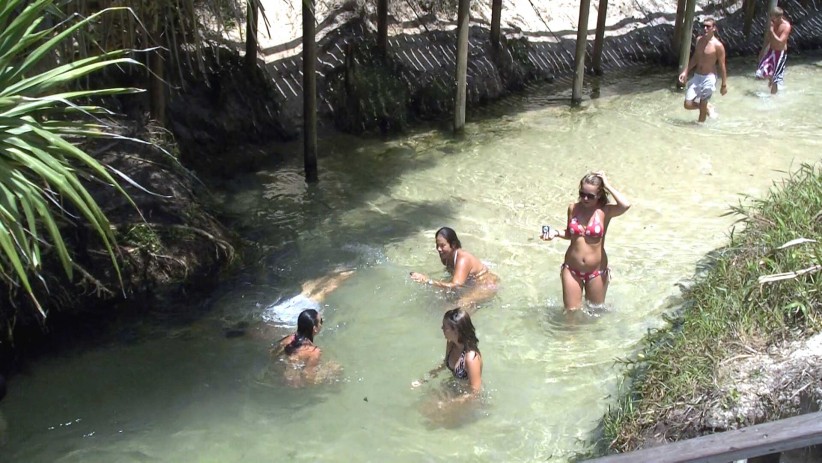 Fraser Island, a World Heritage listed location by the United Nations is located on the southern part of Queensland, Australia and is considered one of the finest Eco Tourism destinations in the world. It has an area of approximately 1840 Square kilometres and is at a distance of 200 kilometres from the city of Brisbane in Australia.

Though Fraser Island Australia is considered to be the biggest Sand Island of the world, so apart from virgin Sand Dunes, it also has natural Rain Forests, Mangrove Forests, Eucalyptus Woodlands and Coastal Heaths. The island is surrounded by the Pacific Ocean and is separated from the mainland by the Great Sandy Strait. Fraser Island boasts of over 100 fresh water lakes and most popular amongst them is Lake McKenzie, which sits on top of vegetable matters.

Fraser Island has abundance of diverse Flora and Fauna and there are about 25 species of mammals found which includes Dingoes, Flying Foxes, Bandicoots and Squirrel Gliders etc. The reptiles in the island include Eastern Brown Snakes, Goannas, Geckos and during the warmer season between December to March, the occasional Salt Water Crocodiles, though they are not native to Fraser Island. Kreffts river turtles are found in the fresh water lakes situated in the Island. There are more than 350 varieties of birds which are found in the island and they are namely, Sea Eagles, Peregrine Falcons, Kites, Pelicans, Terns, Honeyeaters, Thorn bills and Cockatoos etc.

When a tourist plans a trip to the Island, apart from the natural resources found on the Island, they should also be able to enjoy eco tourism related sports activities like Angling, Camping and Trekking during their stay there.

It is advisable while taking a trip, to book tour and activity Fraser Island Packages with experienced and reliable tour operators like the Sunset Safari Tour Operators, which have several tour packages customised keeping the tourist’s interests in mind and they also provide experienced tour guides, who know every inch of Fraser Island and make the trip worth every bit. If somebody wants a completely customised tour of the Island, same can be arranged just for him / her after a detailed discussion with the tour operator.

Sunset Safari tours to Fraser Island start from Gold Coast  through pick up points at Brisbane and then Noosa and comfortable 4wd buses and  Mini Coaches and Meals and accommodations during the trip is arranged for the tourists ,so they can devote the entire time to relax and enjoy the natural beauty of Fraser Island.