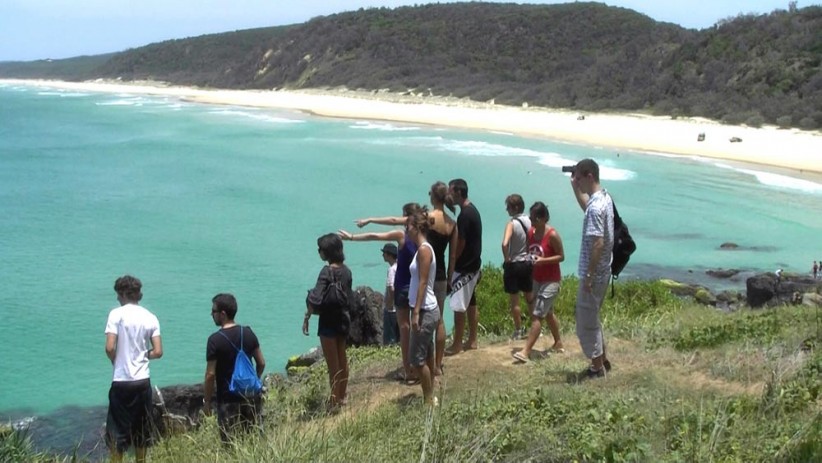 As one of Australia’s premier holiday spots, the Queensland coastline is awash with stunning must-see destinations. In fact, we could list literally hundreds of places to visit during a trip to Queensland’s nearly 7,000 kilometre long coastline – but that would take far too long. Instead, here are three of the most spectacular parts of the coastline that you must visit on your next trip to sunny Queensland. Take note!

Officially the largest sand island in the world, Fraser Island is a World Heritage site that boasts some truly unique geographical features. For example, for an island completely surrounded by sea water and made of sand, Fraser Island has over 100 freshwater lakes and thousands of streams – second in concentration only to Tasmania. It’s also covered with acres and acres of sand dunes that can provide hours of sand boarding fun. If that wasn’t enough, Fraser Island is the only place in the world home to rainforest growing in sand. Pretty crazy, huh?

Perched on the Queensland east coast in the beautiful Whitsundays, Airlie Beach is a visually stunning tropical destination that continues to attract thousands of beach holiday goers from all over the world.

718 kilometres north of Fraser Island and officially a part of North Queensland, this popular beach community area is also the perfect launching pad for Great Barrier Reef tours. Learn how to scuba dive in these world-famous, warm waters that are teeming with all sorts of marine life, including dozens of tropical fish species, turtles, manta rays and the odd reef shark. When you’ve had enough swimming through the depths of the ocean, why not get on a plane and skydive over the beautiful Whitsundays? It’s a once in a lifetime experience!

The Town of 1770 or Seventeen Seventy

Moving back down along the coast, Seventeen Seventy – yes, you heard right – is a picturesque village located on a jutting peninsula, just over five hours north of Brisbane. Built on a historical site, the village is named after the year in which James Cook first landed in Queensland. Commonly known as the ‘Start of the Great Barrier Reef’, many tours to the reef depart from the village’s local marina. Of course, there’s much to see and do in the area itself. Home to a gorgeous stretch of sandy beach, you can get active in the water, laze merrily in the sun or go for scenic walks. Let’s not forget the breathtaking daily sunsets!

You certainly are spoilt for choice when it comes to choosing where to spend your next Queensland holiday. The Sunshine State just has so much to offer. If you’re after a Fraser Island Adventure tour or have the Great Barrier Reef in your sights, check out our great

tour options that explore these wonderful Australian attractions and allow you to make the most of your time in this beautiful part of the world.