5 Facts to Know About Fraser Island 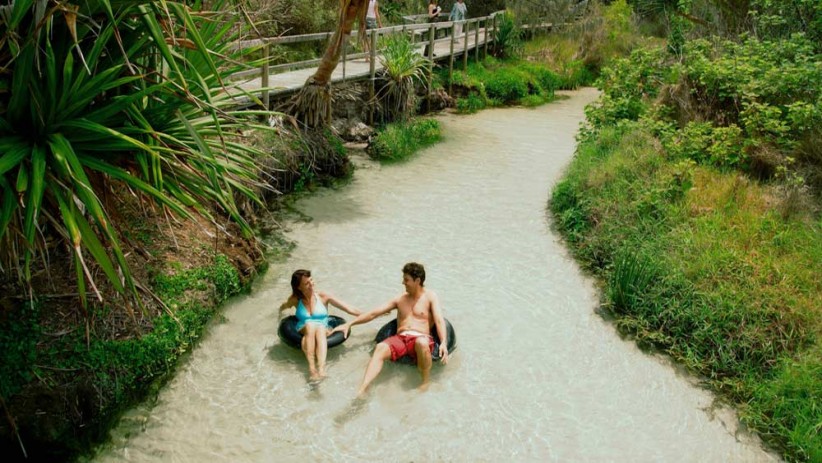 ocated off the east coast of sunny Queensland (the trip from Brisbane to Fraser Island can be done in under three hours), the World Heritage-listed Fraser Island is one of the most popular tourist destinations in the country. When you visit this stunning piece of Australia, you’ll see why in no time.  Before you make the trip, however, here are five facts about this gorgeous island lodged in the beautiful blue waters of the South Pacific Ocean that you may not have known.

1. It’s the Largest Sand Island in the World

That’s right. At over 123 kilometres long and 24 kilometres wide, Fraser Island is the largest sand island in the world – with a total land area of 1,840 square kilometres. It is the product of accumulated sand deposits over the last 750,000 years. The island is far too big to be explored in a single day, which is why multi-day Fraser Island tours are a great way to go. You’ll get the chance to visit attractions such as Champagne Pools, Eli Creek and Lake Birabeen. Trust us – you won’t want to miss out!

2. There are over 100 Freshwater Lakes on the Island

The only other part of Australia that has a higher concentration of lakes than Fraser Island is Tasmania. Fraser Island is home to over 100 freshwater lakes, including the stunning Lake McKenzie and arguably even more awe-inspiring Lake Birabeen, as well as countless freshwater streams and tributaries. The island receives an average of around 1600mm of rainfall annually, and it’s been estimated that the island has reserves similar to that of all the water found in Sydney Harbor. Although most of this water is absorbed into the subterranean water table below, some of the water rises to the surface in the form of lakes and streams. Pretty impressive, considering that the island is completely surrounded by salty sea water and made up of mostly sand!

Plenty of freshwater lakes on the Island!

3. Its Largest Sand Dune Stands Tall at over 244 Metres

Fraser Island is covered with massive sand dunes, with most averaging between 100 and 200 metres tall. The biggest one, however, clocks in at an impressive 244 metres – that’s taller than the Sydney Opera House! The dunes have been shaped and molded over the course of thousands of years. Most of the sand is made up of quartz (silica), although other minerals such as zircon have been found on the island. Many Fraser Island tours will take guests to the dunes for an epic day of sand boarding. Just remember to take lots of sunscreen, lots of water, and your sense of adventure.

4. It’s Home to a Shipwreck

While nature and scenic beauty take centre stage on Fraser Island, there’s much more to learn and discover. Visit the awe-inspiring Maheno Shipwreck - complete with barnacles - and hear from your Fraser Island tour guide about its exciting past, including the 1935 cyclone that brought it to its final resting place on the shores of this beautiful island. Be sure to take plenty of photos – there aren’t many people who can write home and say they’ve been metres away from a real-life shipwreck!

Although the island has been inhabited for at least 5,000 years, these days, fewer than 400 lucky souls get to call this beautiful part of Australia home. The Butchulla people were the original indigenous population on Fraser Island, and they had their own name for it: they called it K’gari after the beautiful spirit that was instrumental in the creation of the land. These days only 1.5 per cent of the population is indigenous.

If you’re lucky enough to travel around Queensland – the beautiful Sunshine State – on your next holiday, then make sure you set aside some time on your itinerary and visit Fraser Island. Better yet,

book your tour with Sunset Safaris and we’ll do the rest! Offering a number of Brisbane day tours and Fraser Coast trips, our friendly and knowledgeable team will show you around this exquisite piece of paradise!